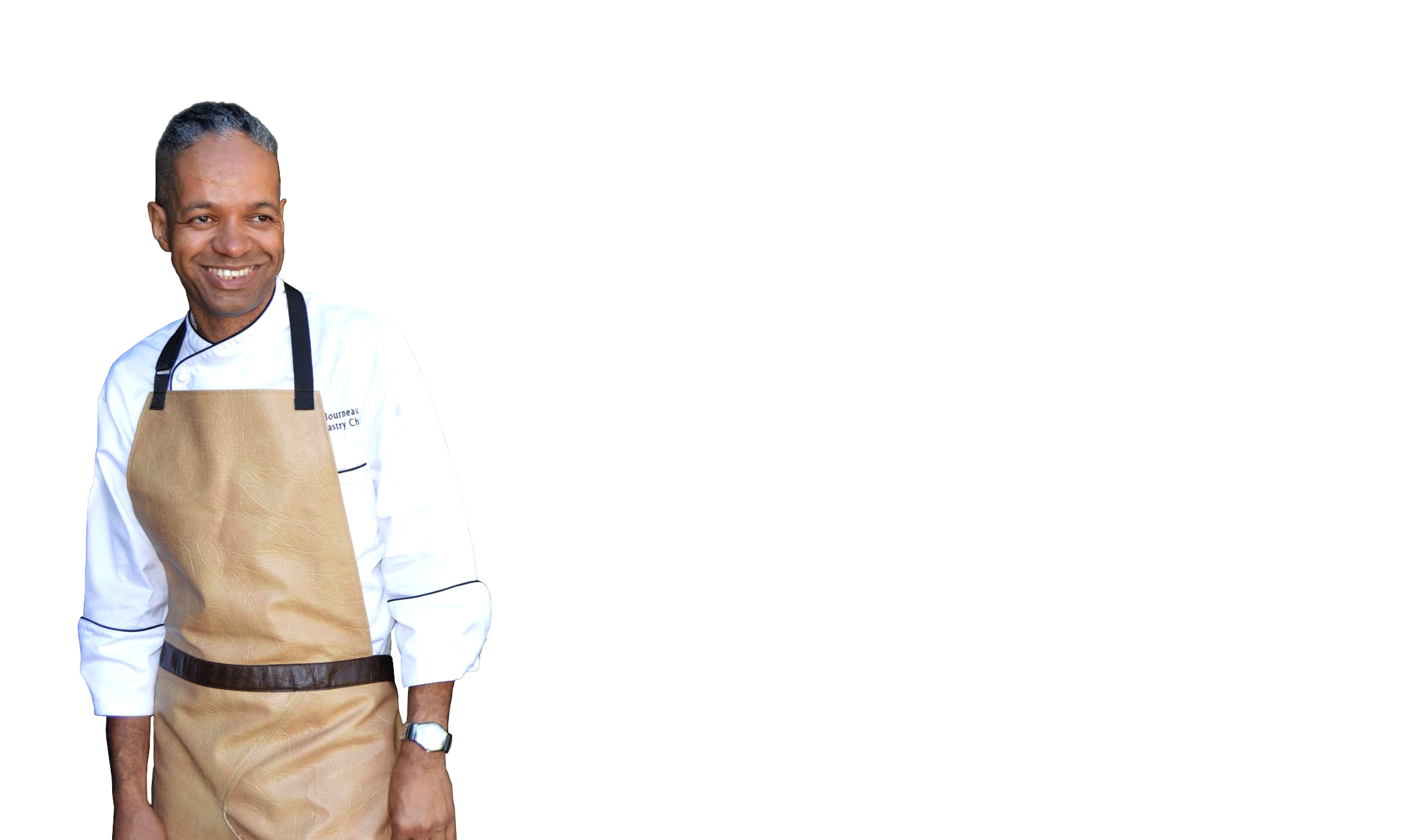 Drawing inspiration from his heart of gold, Chef Delourneaux’s delectable creations are delicately thoughtful and must be Chichifoofoo®, which is his trademark to describe something beautiful, above and beyond.

“In order to perform your best in your profession, you have to love what you do.” 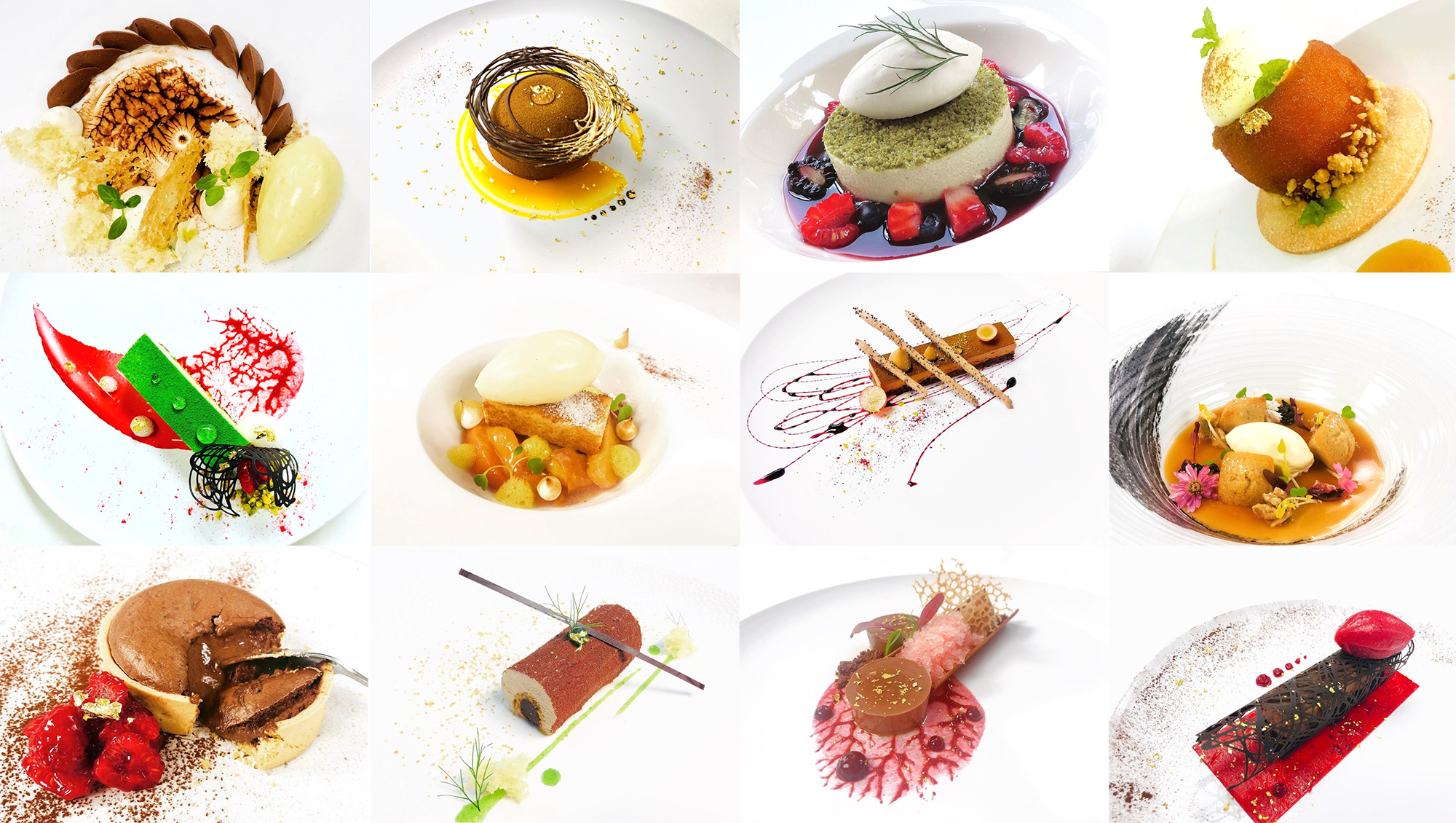 A consummate pastry expert with over 30 years of culinary experience, Chef Delourneaux’s passion for all things sweet started early in life when he decided to pursue a Pastry Apprenticeship program in his hometown on the French Caribbean island of Guadeloupe.

Since then, Chef Delourneaux has gone on to work with some of the most prestigious international hotel brands including Ritz-Carlton, Hilton, Fairmont, and St. Regis to list a few. 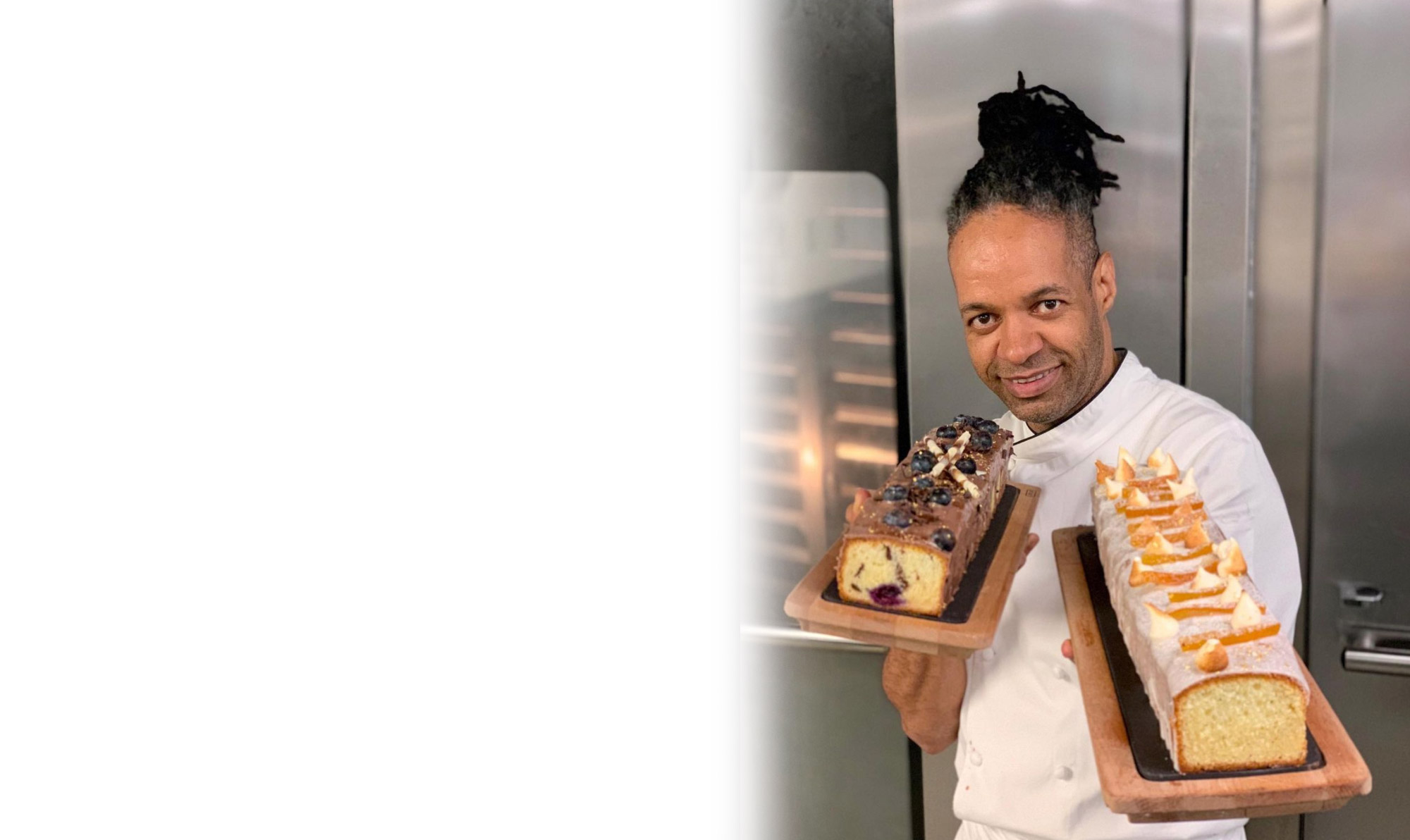 Chef Delourneaux led the pastry team at The Beverly Hilton in Beverly Hills, CA and was the creative mastermind behind the grand dessert line-up for the 64th Annual Golden Globe Awards in 2007.

Chef Delourneaux was also part of the opening team at the idyllic Grand Del Mar Resort, which opened in 2007, where he meticulously rolled out the desserts menu for all dining outlets.

In 2009, Chef Delourneaux joined The Greenbrier, an award-winning luxury resort located in the heart of White Sulphur Springs, West Virginia, where he opened the Casino Club and several other restaurants there. 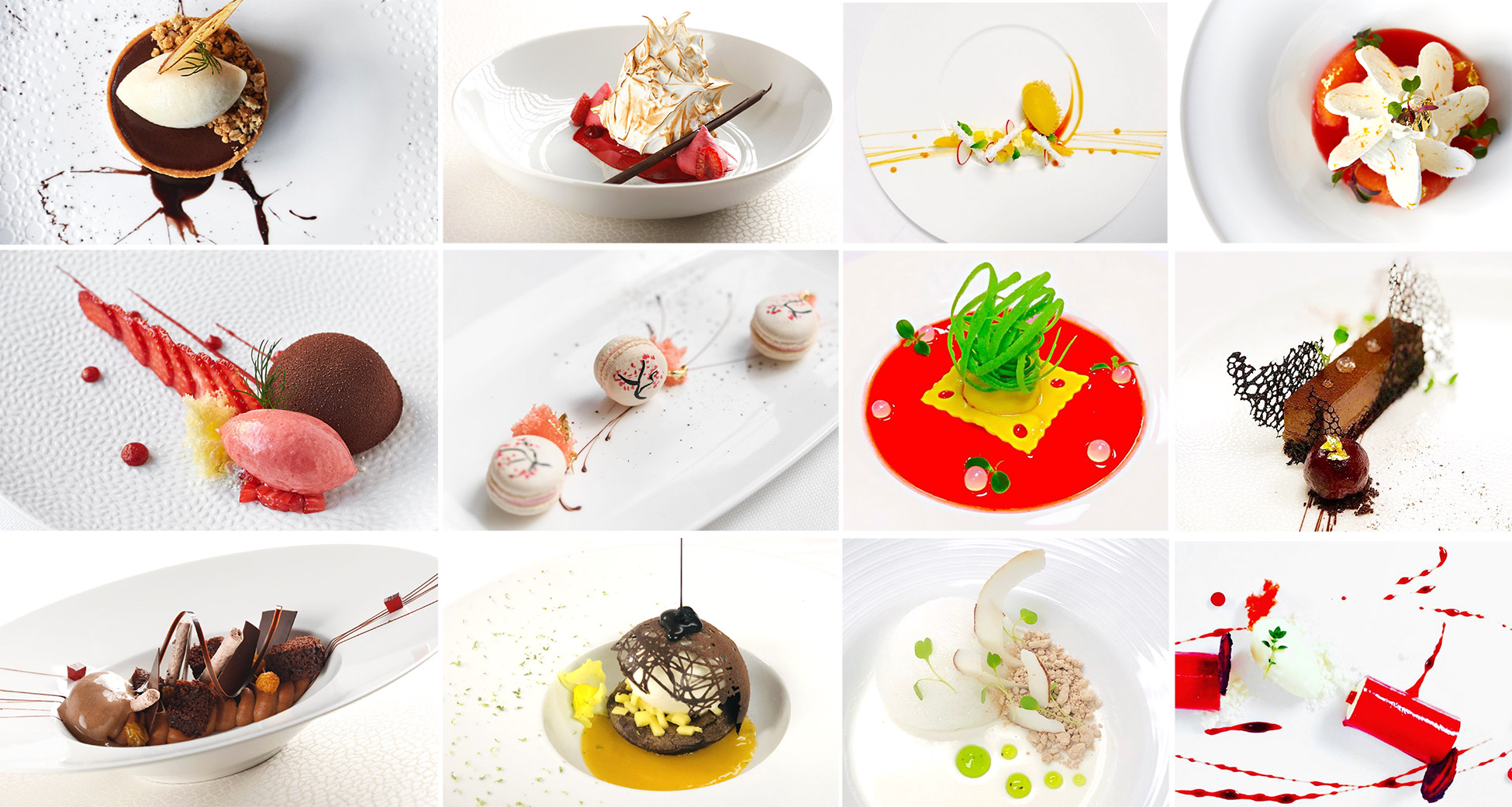 For over three years Chef Delourneaux helmed the award-winning pastry kitchen of Fairmont Singapore and Swissôtel The Stanford and in 2014 was named for Executive Pastry Chef of the Year at the 14th World Gourmet Series Awards of Excellence. His journey with the Fairmont also took him to The Fairmont Southampton, Bermuda.

Following several years in Asia, Chef Delourneaux brought his talents back to the United States, working at New York City’s legendary Rainbow Room, where he hosted The James Beard Foundation’s 2015 New York Gala in addition to many other high-profile events. In 2016, Chef Delourneaux worked at The St. Regis Washington DC, an award-winning luxury hotel, where he led the pastry department and opened Alhambra restaurant.

In 2018, Chef Delourneaux worked as the Executive Pastry Chef of The Arizona Biltmore, A Waldorf Astoria Resort responsible for creative menu development as well as the exemplary execution of pastry across the resort’s award-winning food and beverage outlets. 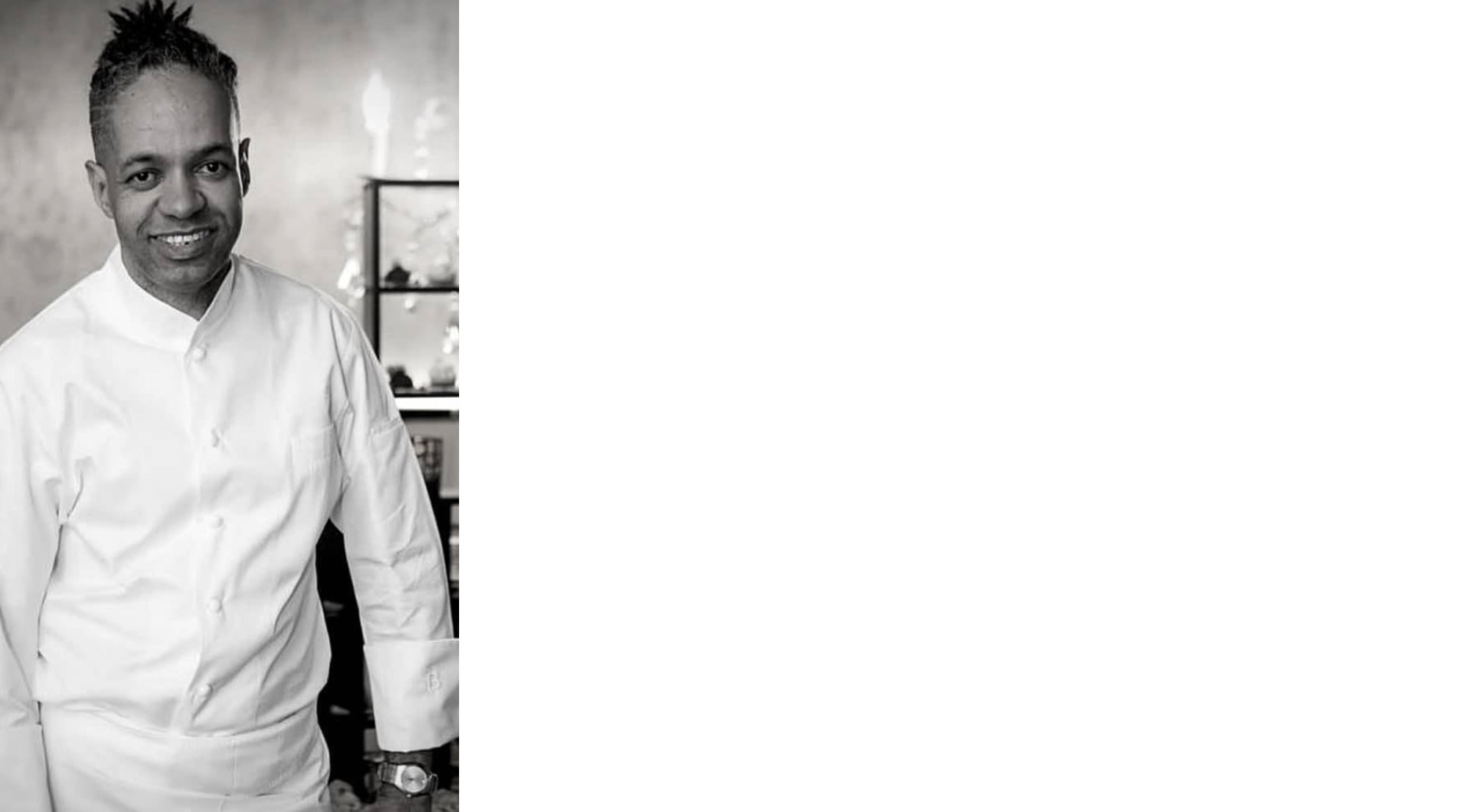 Currently, Chef Delourneaux is the pastry consultant at ThierryDelourneaux.com. Drawing inspiration from his heart of gold, Chef Delourneaux’s delectable creations are delicately thoughtful and must be Chichifoofoo®, which is his trademark to describe something beautiful, above and beyond. Chef Delourneaux lives by his philosophy “In order to perform your best in your profession, you have to love what you do.”

Its all about the flavor with our vegetable powder

Vegetable powders not only impart an additional fl

From the Chef Rubber heart, Thank you to each and

Pressure Forces NO2 into the solution and presses